What a surprise. You thought this was a pure-hearted humanitarian effort? Surely you didn’t expect the comfortable Leftist elites who advocate these policies to make any sacrifices, did you? 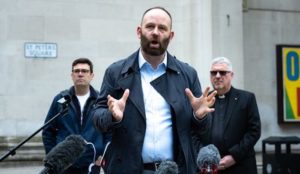 The Home Office apologised to city leaders after more than 100 Afghan refugees were placed in Salford with less than 24 hours notice.

Despite this, the same thing happened again the following week, city mayor Paul Dennett has said.

Wigan was also asked to accommodate a number of Afghan families at the last minute, the mayor said at a Salford Council meeting last Wednesday .

Mr Dennett says health officials have been faced with Covid-19 and TB outbreaks and public order instances at hotels being used to accommodate refugees and asylum seekers.

On one occasion, members of a far-right group gained access to a hotel and ‘harassed’ residents, he said.

Each of Greater Manchester’s ten leaders, as well as Andy Burnham and his deputies, have welcomed Afghans to the region.

They are calling on the Immigration Minister to widen dispersal in response to the humanitarian crisis.

Speaking at a council meeting last Wednesday, Mr Dennett said Salford’s experiences in accommodating refugees and asylum seekers from Afghanistan highlights a “crumbling system for refugee resettlement and asylum in the UK”.

Using private contractors to manage dispersal leads to the poorest areas of the country receiving “disproportionately more refugees and asylum seekers than wealthy areas”, he said.

Salford currently has 833 asylum seekers in dispersed accommodation, with 38 per cent of temporary accommodation occupied by refugees….