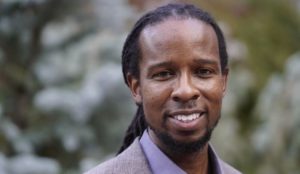 My latest in PJ Media:

Here’s something to celebrate: This week is the American Library Association’s annual Banned Books Week. All over the country, libraries and bookstores feature books that are supposedly being menaced by censors — except that this year, as in every other year, the Leftist organizers of Banned Books Week pretend that it’s 1956 and that the Left doesn’t have total cultural hegemony. All their supposedly banned books are the usual far-Left propaganda that inundates us everywhere today, and they omit all mention of the real censorship threat today, which is coming not from conservatives, but from the Left itself.

The Banned Books Week website says: “Banned Books Week is an annual event celebrating the freedom to read. Banned Books Week was launched in 1982 in response to a sudden surge in the number of challenges to books in schools, bookstores and libraries. Typically held during the last week of September, it highlights the value of free and open access to information. Banned Books Week brings together the entire book community — librarians, booksellers, publishers, journalists, teachers, and readers of all types — in shared support of the freedom to seek and to express ideas, even those some consider unorthodox or unpopular.”

Yet its list of “the Top Ten Challenged Books of 2020” consists of the nothing genuinely unorthodox or unpopular at all, at least among the Leftist elites. George by Alex Gino was supposedly “challenged, banned, and restricted for LGBTQIA+ content, conflicting with a religious viewpoint, and not reflecting ‘the values of our community.’” No details were given. Nor was any notice made of the fact that “LGBTQIA+ content” is not censored, but widely celebrated in America today, while the ones who are stigmatized are those who dare to dissent.

The second entry on the Banned Books list was even more risible: Stamped: Racism, Antiracism, and You by Ibram X. Kendi and Jason Reynolds. This one, we’re told, was “banned and challenged because of the author’s public statements and because of claims that the book contains ‘selective storytelling incidents’ and does not encompass racism against all people.” Yet as John Stossel has noted, Kendi is not exactly a marginalized voice: His books “are now recommended reading at schools, corporations and in the military,” and he commands “high speaking fees.”

Third is All American Boys by Jason Reynolds and Brendan Kiely, which has allegedly been “banned and challenged for profanity, drug use, and alcoholism and because it was thought to promote antipolice views, contain divisive topics, and be ‘too much of a sensitive matter right now.’” Yeah, sure, ALA. Nothing could be less trendy these days than “antipolice views.”

The Left has a near-total stranglehold on the educational system, the entertainment industry, the means of communication, and the culture in general, yet Leftists still like to pose as fearless outsiders confronting the establishment. They are the establishment.

There is more. Read the rest here.