Of course. Because what else could possibly have led him to do this besides mental illness? 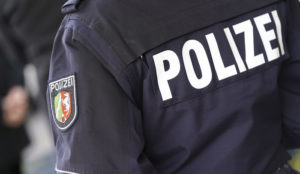 WELVER. The police arrested an Iraqi man in Welver, North Rhine-Westphalia, who attacked a driver with a knife. The 30-year-old asylum seeker was overwhelmed and disarmed by an officer under a passer-by, the police said.

At the time of the crime on Wednesday, the man was drunk and shouted “Allahu Akbar”. However, a search of his apartment did not reveal any evidence of an Islamist motive, which is why the state security did not take over the investigation. When asked by Junge Freiheit, a police spokesman said that the Arnsberg public prosecutor had applied for the Iraqi, who was known to the police, to be placed in a psychiatric institution.

The case shows parallels to the knife attack in Würzburg in June. An asylum seeker from Somalia, who was also known to the police, killed three women with a knife and injured others, some of them life-threateningly. He also shouted “Allahu Akbar” and said after his arrest that he wanted to carry out his “jihad” in this way. (ag)