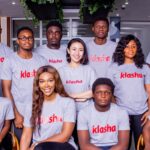 Klasha, a San Francisco based cross-border technology company, today announced that it has raised $2.4 million in seed funding to build technology infrastructure for cross-border commerce in Africa.

With this investment, Klasha will expand its technology to help international B2B and B2C businesses such as ASOS, Zara, Amazon, or Zoom to receive payments seamlessly online in African currencies from consumers across Africa.

Klasha’s core technology allows African consumers to pay international online and offline retailers in African currencies while the retailers receive payouts in their dominant currencies, including USD, GBP, EUR. Klasha is currently available in Nigeria, Ghana, and Kenya and will invest in driving more revenue, growing its current 10,000 customer base, and expanding into new markets with three more African countries set to go live by Q4 this year.

In the past few months, Klasha has continued to power international businesses with the tools they need to grow and expand into Africa. Within five short months of launching, Klasha says it has already processed more than 20,000 transactions across Africa with an average 366% MoM growth rate.

What they are saying

Jess Anuna, Founder and CEO of Klasha, ex-Amazon, Net-a-Porter, and Shopify, said: “By 2025, half of the world’s population will live in Africa. At Klasha, we’re building the technology to facilitate frictionless cross-border payments and allow international businesses to scale seamlessly into Africa through our API. Equally, we’re giving consumers in Africa the same access to the global e-commerce economy experienced on other continents. It is imperative that African consumers are able to remain globally competitive, which includes having access to the goods they want without payment or delivery restrictions.”

Alison Lange Engel, Partner at Greycroft, said: ”Klasha’s technology allows for seamless cross-border transactions at a time when Africa is rapidly growing and needs both payment and logistics solutions for online commerce. We’re excited to support Klasha and their mission in simplifying borderless payments for commerce in Africa.”

Oloyede Oladimeji, CTO of Klasha, said: “We have built a secure and reliable commerce solution from scratch using modern technologies. As a business, it is important that we not only build but move fast. Every day, we are scaling our solution to solving a unique problem, connecting Africa to global merchants. Africa is a growing economy with huge potential but low card payment penetration, and we are enabling consumers in Africa to access products irrespective of their payment methods. Our multi-currency technology saves merchants the stress of dealing with all the different currencies available in Africa, allowing them to receive payouts in their dominant currency. What is amazing is not what we have built already but what we are going to build.”

Reshma Sohoni, Founding Partner at Seedcamp, said: ‘’As Africa continues to undergo digitisation, there’s an increasing opportunity for online businesses in Europe and the US to garner market share quickly by accepting payments online in African currencies due to the nascent stage of commerce on the continent. Klasha is our first investment in Africa which will allow frictionless scalability for merchants into the continent through their cross-border payment technology, enabling billions of underserved consumers to access their services.’’

Klasha says it remains committed to simplifying cross-border payments for commerce in Africa and empowering businesses with the tools they need to grow and expand into a market full of energized consumers.